Production equipment and angular test instruments in our factory are periodically calibrated to our research laboratory precision angular measuring equipment, which in turn laterally re-validated against external 3rd parties independent certification standards in U.S., Japan, Germany and UK (see below samples of Calibration Certificate with DATA). Each batch of production test data including calibration documents are maintained in accordance to ISO9001 procedures, which kept available upon request by the related parties and authority. Only those high-precision models are each accompanied with hard-copied factory QA calibration certificate with data.

Clients whom wish to have each product purchased accompanied with a hard-copied 3rd party Calibration Certificate with DATA of any product model, please contact our SALES SUPPORT TEAM for a quote. Some precision models are available WITH 3rd party calibration certificate plus DATA at Amazon.com USA.

In any precision measuring instruments and metrology, accuracy and reliability are very important aspects to users. Readings from an inaccurate measuring instrument/tool would result in making a faulty decision and in many cases could have unintended consequences.

The digital technology adopted has enabled Digi-Pas® angular measuring instruments to be compensated for wide operating temperature variation utilizing Digi-Pas® patented advanced calibration processes (US Pat. No. 9,459,121 B2). Programmable precision temperature and humidity chambers are also utilized to calibrate various Digi-Pas® product lines for a range of -20°C to +60°C. This has enabled these products to reliably withstand stringent operating environment in many harsh terrains ranging from building skyscrapers in the desert of Middle-East to the constructing of oil pipes, tunnels and bridges in the freezing cold countries such as Canada, the Nordic and Russia.

The contact base surface finish quality of a typical conventional leveling instrument or inclinometer is one of the critical determinants of its accuracy performance and the common rectangular-shape flat surface often suffers from geometrical deviation resulting from:

Figure 1 illustrates three typical poor surface finishes of conventional rectangular surface contact base. The unstable surface-to-surface contact causes rocking which results in measurement inaccuracy derived from inconsistent readings. A common practice to improve the outcome under such constraint is by taking more samples to obtain an averaged reading. However, this time-consuming and repetitive activity often promotes boredom that succumb engineers to resort for compromising works, especially when the instrument is located at some distance.

Although high quality surface requires both flatness and smoothness, it is difficult and expensive to control in machining of metal alloy surface particularly when involving relatively large area. Increasing the flatness and smoothness of a few microns would usually increase exponentially on its manufacturing costs. This often results in a trade-off between the manufacturing costs of the instrument and thus compromises its accuracy performance.

In addition, the rectangular contact base surface of a conventional leveling instrument is also susceptible to target measuring surface unevenness, which is another factor affecting levelling and measurement accuracy. Figure 2 illustrates issues associated when a rectangular contact base of a traditional single-axis spirit level is placed on a typical machined surface having low frequency, long wavelength flatness variation. It is clearly shown that full and stable surface-to-surface contact could not be achieved between the instrument base and the measuring surface. The contact may cause rocking that results in measurement errors, hence affects the accuracy and reliability of the leveling outcome. E.g. a 3µm of surface unevenness along the length of a typical 20µm/m resolution spirit machinist level of 130mm would result in 0.001° error 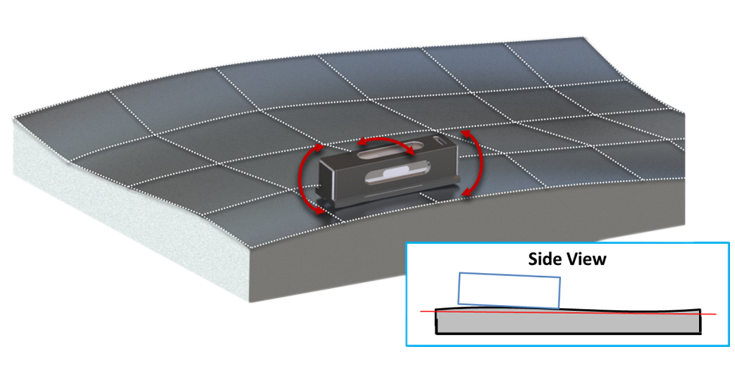 Figure 2: Conventional single-axis contact base on a two-dimensional uneven plane

Often, dents are easily generated on smooth metal base area of an instrument resulting from rough handling. A protruding dent formed at any location near the middle of a 'perfectly flat' metal base simply causes rocking which results in measurement error or inaccuracy. To minimize these errors, Digi-Pas® instrument metal surface base has been deliberately designed and machined to form a concave 4-points contact base specifically target to prevent rocking caused by small protruding dents or foreign particles formed at the center of device’s base. Figure 3 illustrates the inferiority of a 'perfectly flat' base of conventional instruments against the improved design of Digi-Pas® concaved 4-point base when small dents/particles exist at the center of device’s base. It is obvious that small dents or particles exist near the middle of the base shall not affect stability of Digi-Pas® instrument as it is supported by both ends having precisely machined stable contacts to the targeted measurement surface.

Figure 3. Side view of perfectly flat contact base versus Digi-Pas® concave 4-point base

On the other hand, dents formed at the both ends of the instrument may not necessarily cause significant rocking. When dents happen at these both ends, an offset value/reading caused by these dents can be easily removed using Digi-Pas® calibration or Absolute Level feature (see "Accuracy Performance"). In contrast, a protruding dent formed at the middle of the device’s base destabilizes the device with severe rocking during measurement which cannot be resolved by using calibration or Absolute Level feature. This phenomenon does not only affect the instrument's initial offset value, it also affects the repeatability of measurement reading.

Thus, the contact surface approaching the base center of instrument is deliberately being designed with a concave profile to minimize the above issue, providing improved stability of measurement readings as well as enhances accuracy of the instrument.

When a 3-point contact base leveling instrument is placed on either flat or uneven surface object (e.g. typically machined metal surface) as shown in figure 4 and 5 respectively, the three-point frame serves as a triangle-plane platform for supporting the weight and maintaining the stability of the instrument. It provides maximum stability and strength against downward forces and horizontal forces as well as movements about horizontal axes. With the sturdy three-point stand, a most stable 3-point-to-surface contact can be established without rocking and thus achieving consistent leveling readings of the two-dimensional measuring surface. Any angular deviations on the surface area is detected by Digi-Pas® 2-axis inclinometer as sensitive contact points touch on a particular section of uneven surface area.

In 2009, Digi-Pas® pioneered and patented the utility of 3-points contact base to its world-first 2-axis precision digital level series that effectively prevent any surface dimensional deviation caused by unevenness of its own instrument’s metal surface contact base. Figure 5 illustrates the 3-point contact base screws made of harden steel and titanium materials that offers great stability and prevent it from ‘rocking’ when placed on either flat or uneven smooth surface for 2D levelling and planar angular measurement.

Maintaining the 3-points contact is easy, speedy and cost effective simply by replacing the harden/titanium screws whenever they wear off, saving significant amount of time and cost as compared to maintain the instrument’s contact base surface finish through standard machining. Device accuracy performance can also be re-calibrated by performing User Self-Calibration or “Absolute Level” setting at ease. Please refer to user manual for detail instructions.

For using Digi-Pas® 2-axis inclinometer to level an object having a very rough top surface, the 3-point harden/titanium screws can be temporarily removed and use the flat base surface to naturally average the rough surface. Absolute Level Setting is required to be performed immediately after changing the base to ensure the instrument maintains its reference accuracy. However, in high precision leveling, angular measurement and surface profiling tasks usually involve high quality flatness and smooth surfaces such as granite and metal alloy machined surfaces. Hence, 3-point contact base is a better choice.